This SDK was used to build:

How to setup Ozeki VoIP SIP SDK with FreeSWITCH

FreeSwitch is an open-source PBX application, which is more and more popular every day because of its flexibiity and richness in VoIP features. Now you can build your own application with VoIP support using FreeSwitch PBX. In this guide you can read about how to setup Ozeki VoIP SIP SDK with FreeSwitch PBX.

Ozeki VoIP SIP SDK utilizes the advantages of this technology and uses VoIP technology to place phone calls over the network.

In this guide you can read about how to get started and setup your system with Ozeki VoIP SIP SDK and FreeSwitch.

If you follow the configuration steps of this guide, you will have a system which is connected to FreeSwitch PBX. The system will work as follows:
First, you need to install your FreeSwitch server. After the installation is done, you can use one of its built-in extension to test the functionality. Ozeki VoIP SIP SDK can use this extension to register to FreeSwitch server. After the registration you can start making calls. Figure 1 demonstrates the process.

Before you start to configure FreeSwitch PBX, it is assumed that you have already prepared your Linux distribution for installing. In this guide I will use an Ubuntu linux distribution.

First, you need to log in to your linux distribution, and start a terminal. Since it is an Ubuntu distribution, I will put sudo in front of each command, which I want to run with Administrator privileges.

First, you need to install the mandatory prerequisite packages into your linux distribution. For this, type the following into your terminal (Figure 2): 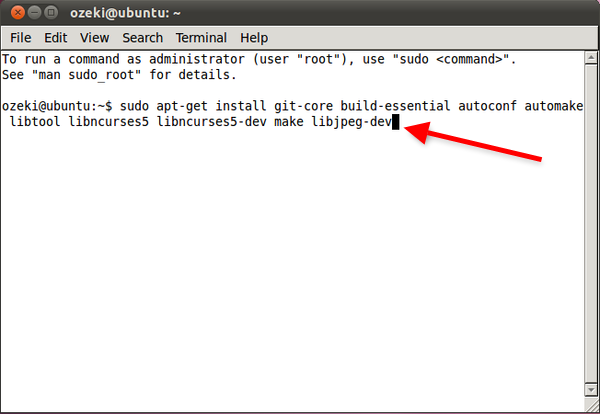 In this guide I will install the Git version of the FreeSwitch PBX. For this, I will type the following (Figure 3): 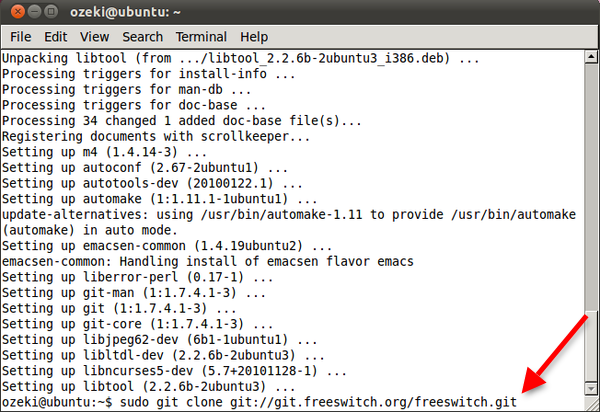 Figure 3 - Checkout the latest release from the repository

Next, enter into the downloaded freeswitch directory (Figure 4). 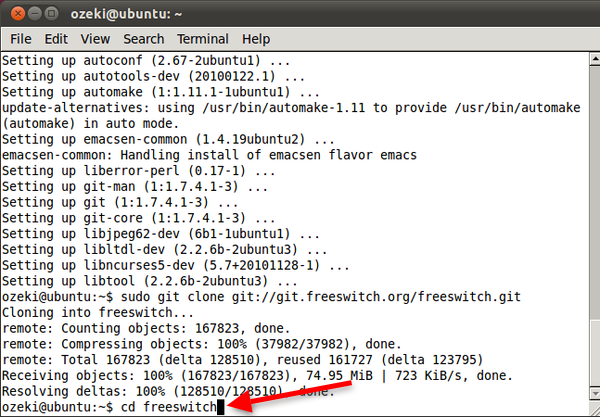 Figure 4 - Enter into the freeswitch directory 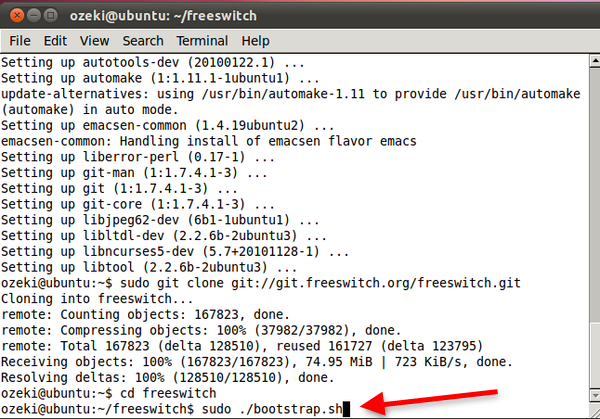 Configure the source code by executing the configure script (Figure 6). 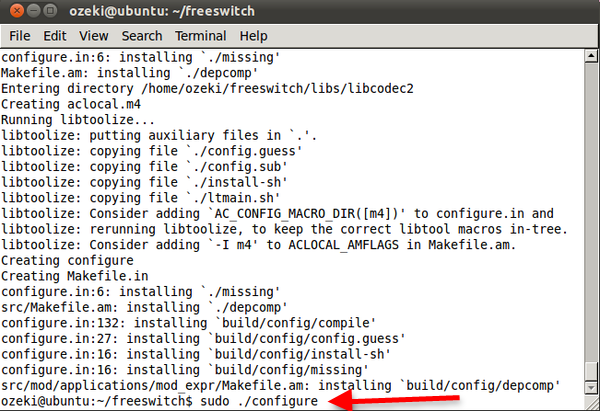 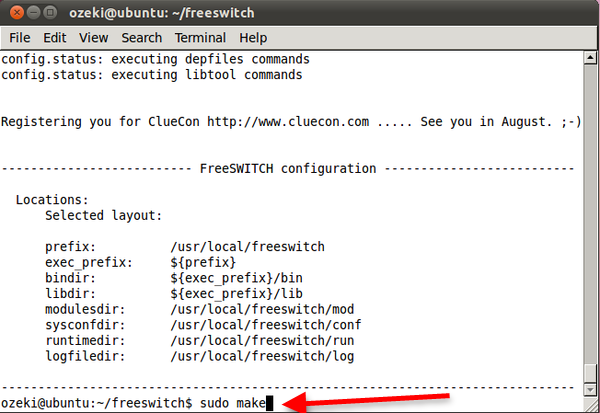 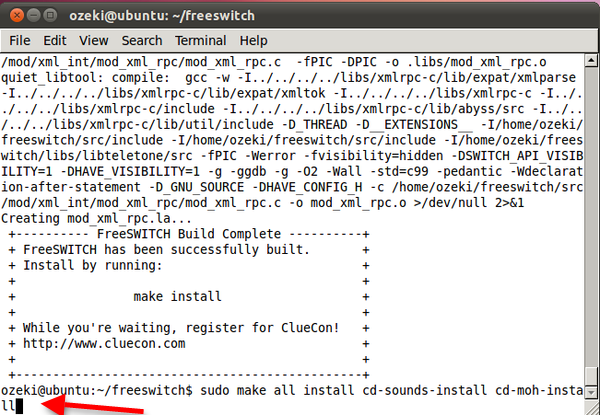 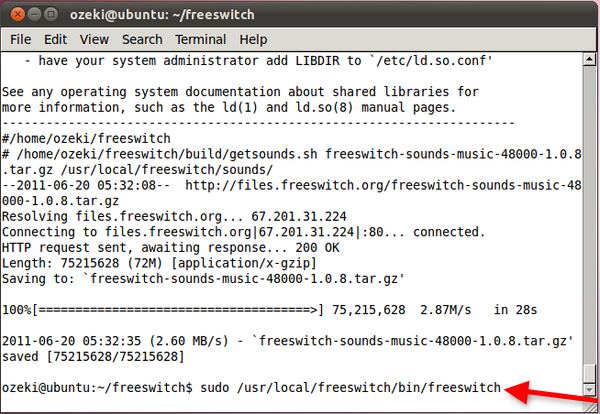 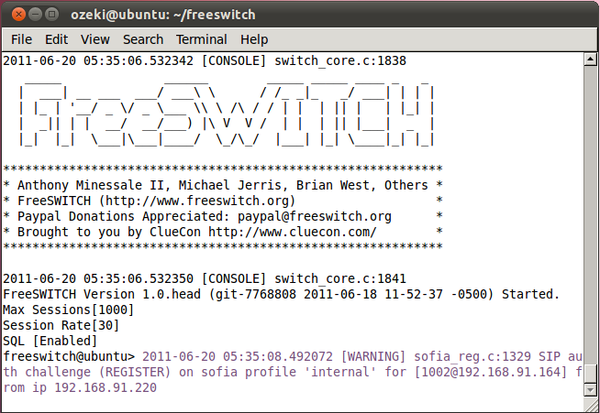 Before you begin, it is assumed that you have already downloaded Ozeki VoIP SIP SDK from the download page and installed it into your computer.

Execute the Demo Application of Ozeki VoIP SIP SDK and fill the SIP Account Settings with the data of a pre-defined extension of FreeSwitch and click on Register. I will use extension 1000 in this guide (Figure 11).

After the registration, a Phone Line is created. You can see this created phone line at the Phone Lines section of the Demo Application (Figure 12). Dial an extension (e.g. 1002) and press Pick up. 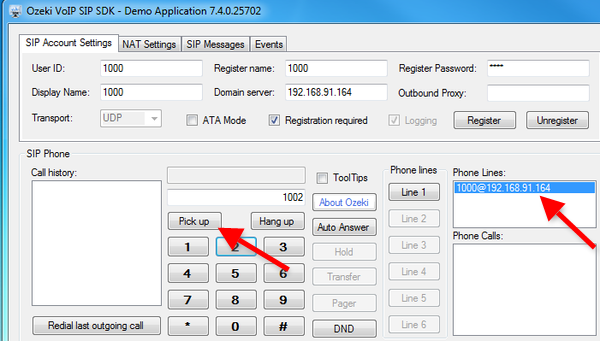 At the destination phone you can see an incoming call from Ozeki VoIP SIP SDK (Figure 13). 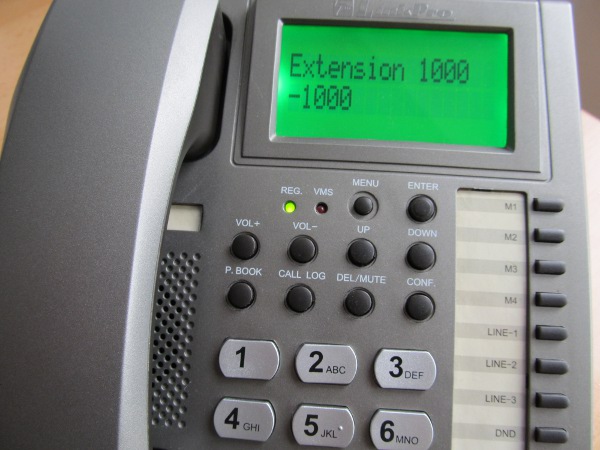 You can see the status of the Phone Call in the Demo Application (Figure 14). 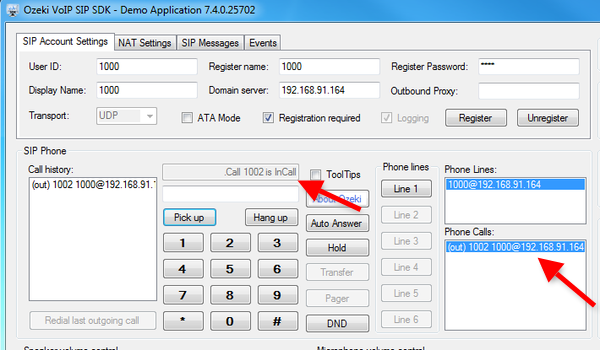 If you followed the steps of this guide, you have a system with Ozeki VoIP SIP SDK connected to FreeSwitch PBX. Now you can start to build your own application with FreeSwitch support in them.

If you have any questions, do not hesitate to contact us at: info@voip-sip-sdk.com